Why We Are Not Married After 6 Years 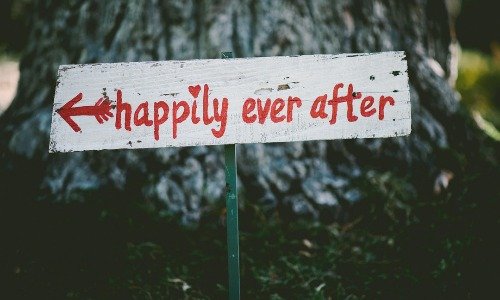 We own a home together, have two fur babies, fight about throw pillows and share the same hairbrush. So why aren’t we married? A question we are often asked at the holiday gathering every year between the pours of mulled wine. Someone looks pointedly at us, “So why are you guys not married?”…Sip of wine followed by the raised eyebrow.

It is like something doesn’t compute. Our responses have varied over the years of our relationship to mirror our growth and maturity as a couple.

Year 1: “We are still just dating.” or “Let’s not rush into anything.” (Seriously!? -Too soon people)

Year 2: “We have talked about it, but want to stay focused on finishing school.” or “Let’s not rush into anything.” (Still too soon)

Year 3: “We are finishing school.” and “We would like to live together first.”

Year 4: “Whenever Charles asks me.” (I was a little more ready at this point) HisFI response, “Well, why don’t you ask me?” (Fair point- some tension here as you can tell)

Year 5: “We do not feel like we need to get married in order to have a committed relationship.” or “Financially, it would not work out- and that is why we won’t get married.” or “It is just a piece of paper at this point.”

Year 6: [Holy Sh** it has been 6 years] ” We will one day. It is not a priority right now.” (Back to not feeling like we should not rush into anything.)

Are we following the norm or not?

According to my Grandmother and our families we are heathens living in sin. According to our community of friends (and the more progressive family), we are just another hipster couple brewing kombucha and living life like a non-conformist. According to a recent study, only 18% of millennials are married. For the current US Census on the unmarried go here for the spreadsheet.

Normal is shifting to allow flexibility in partnership.

Normal is shifting to allow for flexibility in partnership. The raised eyebrow at the holiday party may still happen, but as a whole the mindset on marriage is becoming a little more tolerant. Or perhaps it is just that culturally we are realizing that the roots of marriage are tied up in ownership, conformity, and control of half its civilization.

Obey and Serve: The not so sweet history of marriage

The media and companies advertise marriage as a true romance package and way to seal the deal. “Catch them.” or “Lock it down.” They then follow this with the constant tidal waves of “ball and chain scenarios” in order to reinforce a woman’s nagging nature or the idea of being trapped, stuck and miserable. Yikes. The fairytale in advertising seems to end at the marriage and the tale of survival quickly replaces this one. If you are married, you are not necessarily following what advertising is promoting I am not saying that-(so retract your comment and keep reading).

The fairytale in advertising seems to end at marriage and the tale of survival quickly replaces this one.

In the 12th century, the Roman Catholic Church formally defined marriage as a sacrement to god. Prior to this, marriage was a loose concept and varied among cultures including the “ghost marriage” practiced in ancient China where two individuals without a pulse were married off graveside in order not to be lonely. The cultures defined unions by whatever was needed- partnership, legitimate children, pleasure, care of the body, business contracts etc. [Same-sex partnerships were VERY common among many early civilizations]

Let’s face it, independent living and life was challenge in our ancient civilizations and just was not done. It was opposite of the overpopulation problem we face today and people wanted to expand and settle. In the 13th century marriage was determined by the parents and “love or romance” was not involved. The idea of marriage as a sacrement continued into the Victorian Era where Queen Victoria walked down the isle in virginal lace and cemented in the cult of purity.

In the early colonial days in America, marriage was a matter of property and reproduction. When a colonial woman married she gave up her legal right to be an individual and was bound to her husband. She must obey him, just as she must obey god.

It is important to note, that none of these conditions around marriage applied to slaves, who were not allowed to marry at all. Free African Americans were allowed to marry, but not across racial lines and this practice carried all the way into the 20th century.

The 1950’s was a time that established the Nuclear family and this combined with WWll led to tons of marriages and the oh so coveted house wife. Think Mad Men on steroids.

Thankfully, the late 20th century brought a wave of feminism that changed the outlook for women. Marital rape was finally acknowledged and outlawed. Additionally, same sex marriage was legalized in the US. Women were asking to be seen as equals and writing out the “obey” line in the vows.

The billion dollar wedding industry combined with the turbulent and anti-human rights history of marriage- it is really no wonder millennials are avoiding this like the plague.

Now, the perfect wedding is a billion dollar industry. This combined with the turbulent and anti-human rights history of marriage it is really no wonder millennials are avoiding this like the plague. So why have we, and what are our thoughts.

We have both had thoughts on either side of isle (pun intended) for marriage. HerFI has gone from wanting to be married and having the giant and expensive wedding to wanting nothing to do with marriage (insert feminist rant here) . Now HerFI would like to be married as a way to publicly announce our commitment and love. Write some tear jerking vows and have a drink in a fab dress on the beach. Who wouldn’t ?

We have climbed many mountains together.

HisFI has gone from never wanting to be married, to never wanting to be married, to considering it. Now HisFI has always been aware of the challenges to marriage from an outside perspective and has read all the statistics on dating and marriage. A 60% chance you will get divorced if married before 23. Who wouldn’t be scared of this? HisFI also has an overly analytical brain that realizes there is a Marriage tax in this country and it would cost us money not only to get married but to stay married.

It wasn’t until HisFI and HerFI have been in this relationship for so long that he realized the potential and upsides in marriage. We know we knock on societal expectations and social norms (as documented in our recent podcast episode) by not being married. If we were, it would be easier for people to relate to us and would make social situations slightly easier. Holiday parties would not contain as many raised eyebrows and pointed stares.

If we were [married], it would be easier for people to relate to us and would make social situations slightly easier.

The truth is HisFI has developed an extremely deep connection with HerFI and even if marriage is “scary”, he also wants to spend the rest of his life with HerFI. Marriage does make some things in life easier, whether it be document related or social understanding.

Rather than looking down on marriage, we have decided to use it as a way to strengthen our relationship even further. We are not thinking of marriage as a way to fix something in our relationship, we have learned to sort out our difficulties in a healthy and productive way. Using those skills, we feel confident in getting married one day and having a high chance of success.

The Pros and Cons list is overrated and it needs to be a conversation. We are partners. Equal and in love. Marriage is a societal and family pressure. Marriage is an industry. Marriage can also be and mean more than that.

We are grateful to have not jumped into marriage. We are living life a little bit differently at the pace we feel works for us. We are privileged in this, but as of right now would not do it any other way.

Now we have to start explaining why we don’t want kids. Next post.

Only 18%?? Whoa, I had no idea. We’re the real rule breakers for millennials apparently for getting married AND before 23 by a few years 😉 My sister, on the other hand, is more like the two of you. She and her significant other have been together for coming up on 5 (?) years now and they are content not to bother with marriage. Thankfully we have a pretty progressive family and neither of our choices are seen as the right or wrong ones.

You rebels! Haha! 🙂 I am glad to hear that your family embraces all choices. That is truly something to cherish.

Wish it wasn’t so rare.

How to Cancel your Wedding (and not Lose... 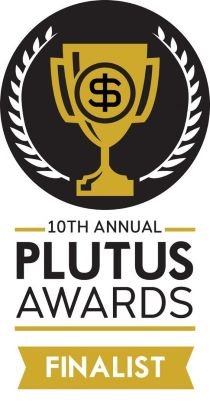 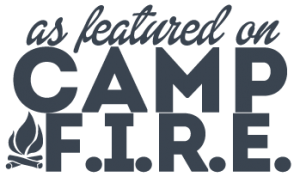